Even the original 5.3 miles of "Old School" trails of Dark Mountain, seemingly always has an eye towards flow, it has bigger climbs, grade reversals and sharp hairpins. It is just more rugged!

Be sure to ride trail #8 down to the bridge down river from the dam. Even if you may have to climb back up, it's a good climb too! #8 is my favorite descent in the system., old school feel with sharp hairpins.

OVT is bermorific, this part of the system cranks up the flow a notch. Usually done as an out and back, often in between Dark Mountain and Warrior Creek. I have been working on keeping my weight centered and I am coming out of turns faster than ever before making sections of the trail seem endless. Take the Berry Loop on the way towards Warrior Creek an Shiners Run on the way back, they flow nicely that way. Making the most of the elevation change, Berry Loop (1.5 miles) gets even more swoopy and even some of the berms going uphill seem to conserve your momentum. Trail boss Jim Horton was working on the second half of Berry that will eventually form a figure 8 with OVT. Shiner's Run (2.3 miles) uses noticeable elevation change as well, but is more like original flavor OVT in the flow department.

Warrior Creek is a super sweet 11 mile single track loop. Berm after berm of flow, begging you to stay off the brakes and maintain every last Newton meter of momentum for the next grade, direction reversal or the occasional obstacle or feature. It was literally an endurance workout for your flow skills.

I rode for a bit of OVT with Mike the Owner of Magic Cycles over in Boone while was testing a 650b Giant. Pretty nice guy.
http://www.mtbproject.com/trail/786660
http://www.trailove.com/kerr-scott-north-carolina-imba-epic/

Here is video to get you started. I will add a few more. 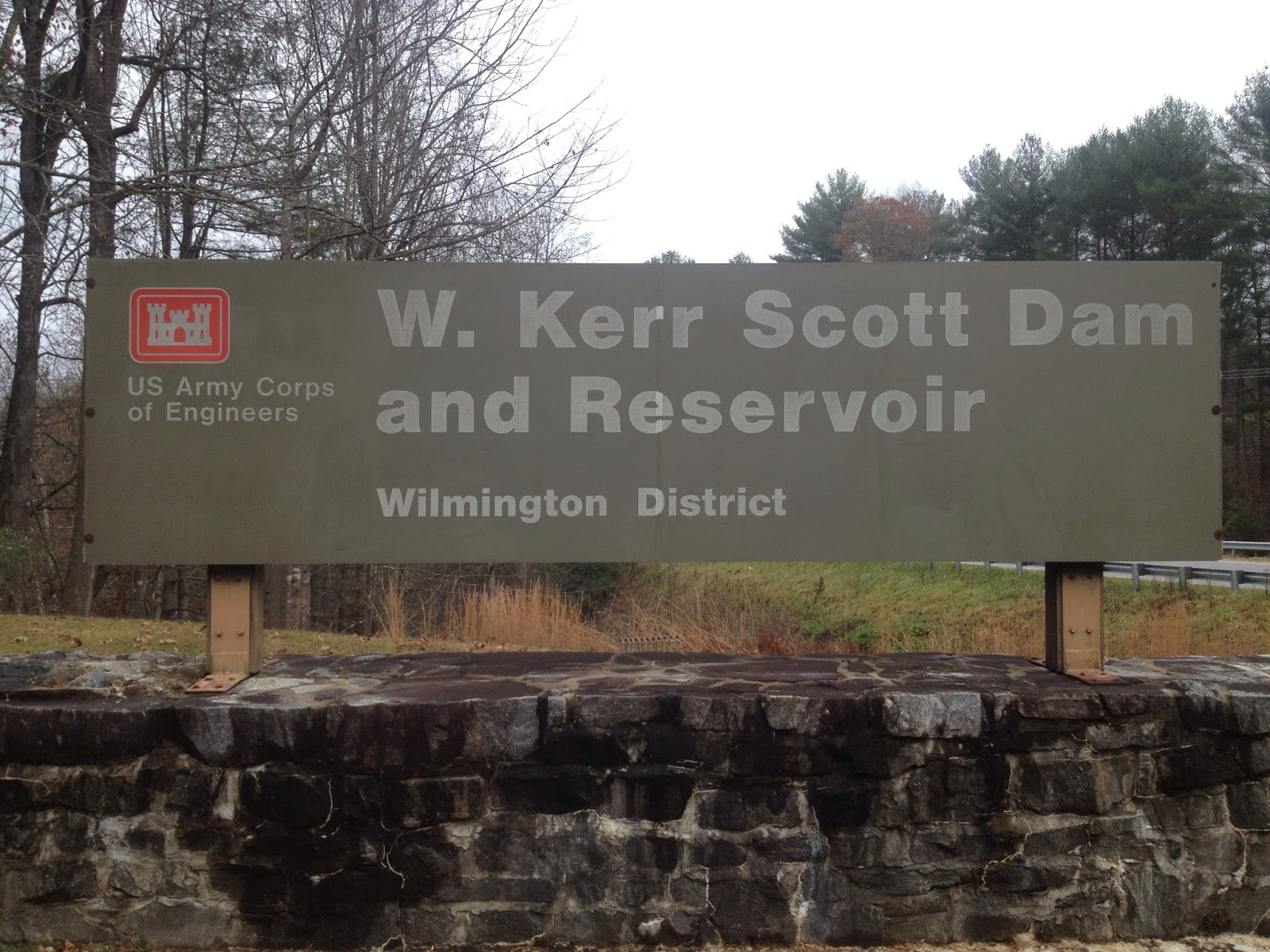 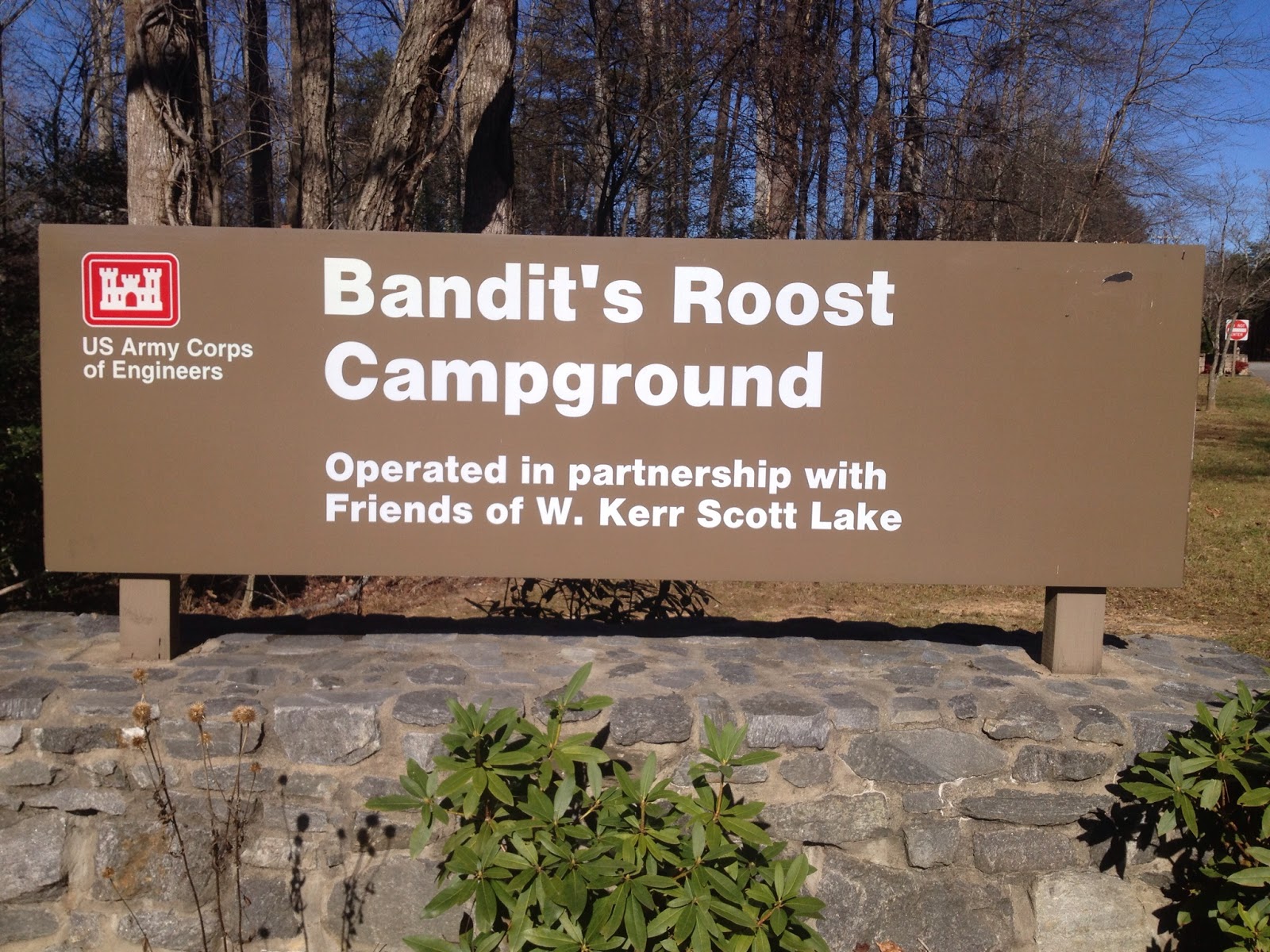 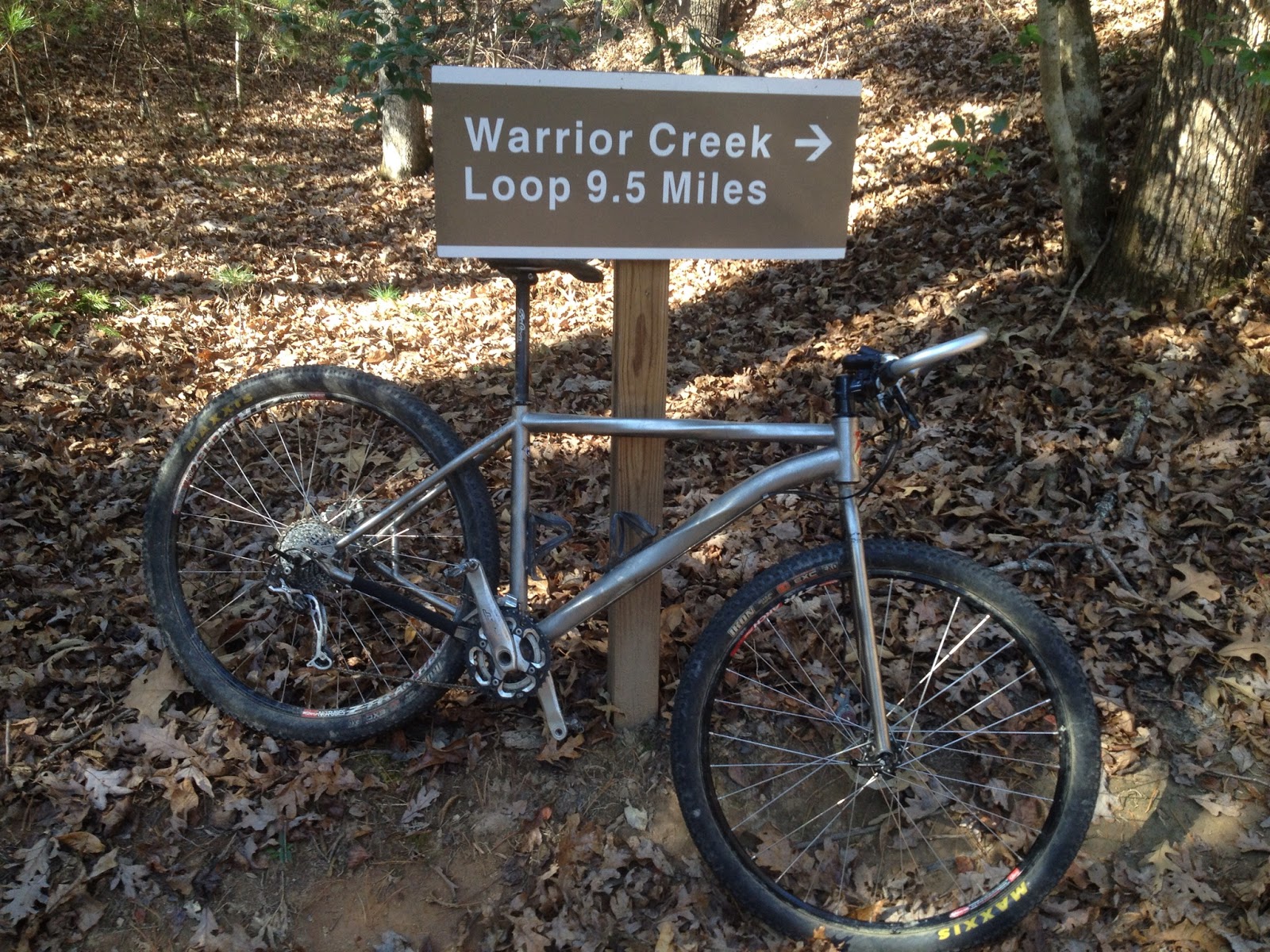 Yeap we had been in Rosman, near Brevard, NC for over 2 weeks and the SS was still strapped in the basement of the bus. The road bike even came out already! After a giggle ride with Tammy, I swapped the gears from the Ferrous to the Lynskey Pro29 w/ Blacksheep Ti Fork (Closest thing I got to suspension!).

I have really missed this bike. It is so much lighter and more resilient than the Ferrous w/Bontrager carbon fork!

I needed to decide if  "A" I was going to race that weekend and "B", would it be the Couch Potato or the Swank.

I got my warm up on route 64 and headed up Cathy's Creek to 471D, which gets you to Butter Gap. Take that down and take Long Branch up to 475. Take a left and continue to 229 (Pilot Mtn rd) and climb it up to Farlow gap. Then Decide just how much nerve you have. Just how much you ride and when you should walk. Both very poignant  and souls searching questions. Yet so vital to one's race choice decision.

I had one of those silly meetings with the ground shortly before the Farlow Gap DH. Must have been a mountain gnome, as I could not find any other cause.

The Mountain literally slapped me in the face. As if to say "YOU MUST RESPECT ME!" and served to keep me focused the rest of the way down and keep me from getting too cocky!

I took video of the descent, but it was so long, had so much walking and most of the riding was so rough it was just a blurr. So unless I get specific requests, I will not waste the bandwidth.

Wes Dickson of Sycamore Cycles and one of the areas top racers, said to treat Farlow as an adventure and that I did. I have to thanks Wes for letting me replace the spoke that that gnome took out and introducing me to Heather of Blue Ridge Adventures.

I went for the challenge The Swank and even contemplated going back to back as some others did.

Here is what I wrote on Strava Shortly after I popped my Farlow Gap cherry;

Farlow was ok. A bunch of hike a bike at the beginning. Maybe with slack angles and a lot of time riding one and I could ride some of what I walked. (Said idn Yoda's voice) To old to start the training , he is Mhmm! A couple sketchy creek crossings , but mostly rideable WITHOUT suspension. Not sure how it goes from 4k to 8k between the Couch and Swank. I got a little more than 3K between Pilot Mtn(229) and the up part of the Farlow DH. To me going up Pilot Mtn and down Farlow is better than the other way around. The Swank will be a good way to start out the IMBA 5000 meter climbing ending 11-9
P.S. I finally got the Ferrous set up as a SS, But have not ridden it yet!
Posted by Unknown at 4:42 PM No comments:

Without help from Heather and Todd from Blue Ridge Adventures, I would have had to sit this one out.

Very low key and relaxed, yet started on time, just like the Couch Potato. Most races I do have many classes and age groups, Swank and Couch Potato keep it simple with just mens and womens Open class. It was sort of a controlled start down the fire road crossing the creek on a narrow bridge or a cold shower to start the race with wet feet on a coldish day. Still, some took the creek to jockey for a better start position.  I took the bridge.  The race was on!

I decided to to use my usual strategy on longer races, go hard but not in the red zone. I passed a few after the official start and closed that gap. We had a nice conga line going into the first single track connecting to the Cove Creek climb. Passing was tough, but not impossible. I followed Paula Burk (Eventual Womens winner) while she picked off a few groups of riders. Then I passed Paula (only for her to pass me on Pilot MT later on). I put a good gap in, still well behind the leaders. Then as I made the end of Cove Creek onto 225 to Daniel Ridge.  I saw another rider that was caught up in the pack and had made it through. I forget his name, I believe I did a night ride out of Sycamore with him a week or two back. I tried to stay on him and did so for a while, as he was reeling in another rider. Once things started going down, he pulled away, he rode it like he knew it and I just couldn't go as fast without suspension. I did catch a couple other guys on the way down. I thought I heard Wes Dickson of Sycamore Cycles at rest stop one, later I learned he broke his chain in 2 places on the start. I put in a good climb on the fireroad to Glouster. Joe did catch up just before 471D. We rode and talked a bit up towards Butter Gap. I asked him if he was a good descender and he said I caught him on Daniel Ridge and let me lead on the Butter Gap DH. We slinkied a bit on the rollercoaster climb that is Long Branch, emerging back on FS 475 almost together. Joe stopped at the rest stop. I still had juice in my camel back and bottle and did not want to carry any more. Joe complained a bit that I did not stop, but caught up quickly and we paced each other for the first mile, when I had to go to the granny and watch him slowly pull away. Paula and one other came by before Farlow Gap. I got close to someone a few times, riding more than I expected of the rugged DH hike a bike. By the time I was back on Daniel Ridge, I was alone all the way down to FS 475 and Davidson River Trail. I thought I saw a single speeder there, but he turned left on 475. Some folks were attending to a rider that took a header on Davidson River. I had only been down 475B, a fast DH. The climb was not as bad as I anticipated. I knew it would be about 4 miles up 475B then 4 miles down Cove Creek. What I had not noticed were the descents on the initial climb up Cove Creek, but they became apparent on the way "DOWN". I was happy to clean the final creek crossing. Finishing 21st of 97 starters. Almost an hour out out of 2nd and 3rd, which were 25 minutes off of 1st! Sam Koeber rode all of Farlow Gap on his Fuel EX.

Here is some awesome video from Land of Sky Media

Posted by Unknown at 2:10 PM No comments:

After helping park cars, I videoed some of the race start. Later on I pointed folks left after the creek crossing at the end of the Cove Creek DH.

I was amazed at how low key and yet on time the start was.

Some folks got off course. I had no such problem the next day at the Swank. But I could see how one could miss the, even the sometimes HUGE, signs, if due to nothing else, being beat up by the rugged Pisgah terrain. The combination of fatigue, hyper focus and pack following, on occasion, had me questioning my turn choice, even after a big sandwich board sign on a part of the course I was pretty sure of.

As I marshalled the penultimate turn, more than one rider asked me which way to turn while I was pointing and standing next to the left turn sign and blocking going right. They were probably more concerned crossing the creek and the short tech up, just before the the turn. Very few riders made it up clean.

Here are videos I got between the creek and the finish.

Posted by Unknown at 6:22 PM No comments:

I generally don't pay much energy on Strava challenges. But they had a 5000 meter (16,404ft) climbing challenge from IMBA. I am in climbing heaven and Swank gave me over 6k ft. And I had worked out a century road ride with 2 HC climbs, netting over 10k. But the spirit was dirt so I went back out and got over 5k each on a Pisgah explore/bushwack, (Walking counts right, forgot my machete) ride and an awesome Dupont ride. So I got the spirit of the challenge, but it took a lot of time and it exhausted me to the point that I am just getting to blogging and video editing.

Damn you Strava!
Posted by Unknown at 5:16 PM No comments: