If you are ever near Pensacola, and need to get in a ride, check these trails out.  Don't let the No Trespassing signs throw you.  The sandy Trailhead parking lot is to the right, with it's entrance right before the first No Trespassing sign, this is the UWF side, the Games side is directly across from that entrance with a closed gate.  It was not obvious, there were no TH parking signs.  Nor were there trail markers pointing to the Games side, until you get past the gate.  The directions from SingleTracks.com were spot on though.

The trails are marked well with really nicely carved and painted wooden posts. The posts are Supplemented with the original arrows and blazes.  There are a lot of cross trails that lead into the pits and stunts on the Games Side.  The UWF has less of that, but there is an unmarked turn, that probably goes to the 10 mile TH and once you get to the far end, you get a red arrow to turn you on to a power line or fire road for a short bit.  But the wooded posts keep you on the the fun stuff for the most part, just don't overthink it, like I tend to do the first time out.  Just don't turn unless there is something pointing you in that direction.  The one exception is in the Bayou on the Whiskey trail.  The trails old flow is the the left, but there is a right turn at a piece of orange tape.  You don't want to miss the WTF section, more on that later.  If you hit the Dogs trail, you just missed WTF!

Both sides handle water/rain very well.  It is said that they are actually better after a good rain.  The first time I rode these trails, was the day after a good couple days of rain.  The Games side hardly had a wet spot on the single track.  There were some big puddles on the fire road and the clay in the pits looked wet in places.  The UWF side was similar, but the elevation change actually had runs that flowed the water to low spots, that still had standing water even two days after the rain.  Both sides had a enough pine needles laid down to keep you on your toes!  The UWF side seemed to roll faster the Games loop, that first ride after the previous days rain.  The 2nd time, two days after rain, the Games loop rolled faster than the first time.

At about 11 miles, Orange marks the outer Games Loop, it is mostly easy, with some intermediate sections.  Mainly big V-gulches, some with bridges at various heights, some at the top, some almost at the bottom, this section is aptly named Donkey Kong.  The Blue trail is about 6 miles with milder intermediate sections and the Pink trail is 3 miles of the easier single track.  The XC trail loops around a pit like in Santos.  This pit is mostly drop ins, dirt jumps and wooden stunts, including a one story tall start ramp, leading down to bridge like drop into a set of dirt and wood ramps jumps.  The pit area seems to be in a constant state of evolution, with new features among the old, as well as discarded stunts scattered about.  Unlike Santos that is constantly changing but always seems complete!  I saw enough rotted bridges and stunts on old decommissioned trails (often right next to or criss crossing the active trails), that made me pay special attention every time I rode over any wood structure!  All active bridges on the XC trails were solid though.  I rode the XC trails mostly, but dabbled in the Twister section a bit.  There was a center ridge with barely enough room for the the trail tread.  Several drops fell from either side of the ridge.  It was pretty cool.  Outside the pit there are some mild climbs that fuel some of the twisty single track downward slants.  The Games loop is a good warm up for the UWF trails across the street at the Trailhead.

The University of West Florida trails has four loops, Red, Blue, Green and White.  The longest loop is all of Blue at about 12 miles.  At over 1000 feet UWF has more than double the elevation change of the full Orange Games loop and more than you would expect in Florida.  The trails seem to always be going up or down and rarely a straight section.  Plenty of rooty stepped climbs and descents.  One local wished it was cut with more flow, but I like the raw, rugged natural old school feel to much of the system.  he also clued me in on the Whiskey/Tango/Foxtrot or WTF section.  Very twisty with a couple good change up surprises, such as a flow into a short steep climb that fades away to the left and drops immediately into a 10 foot V-gulch, completely boarded.  You'll want to do it again.  Except for probably the most drastic change up on Foxtrot near the fence line.  After a few short moderate to steep rooted climbs, you drop down say 10 feet into the bottom of a steep 15-20 foot wall, with a big cement block semi-protruding from the dirt, with a hard left at the top.  I made it all 3 times that I did it and am not sure quite how, especially on the SS with a 34x19 gear.  Keep your speed up and get around or over that cement block and you got it! 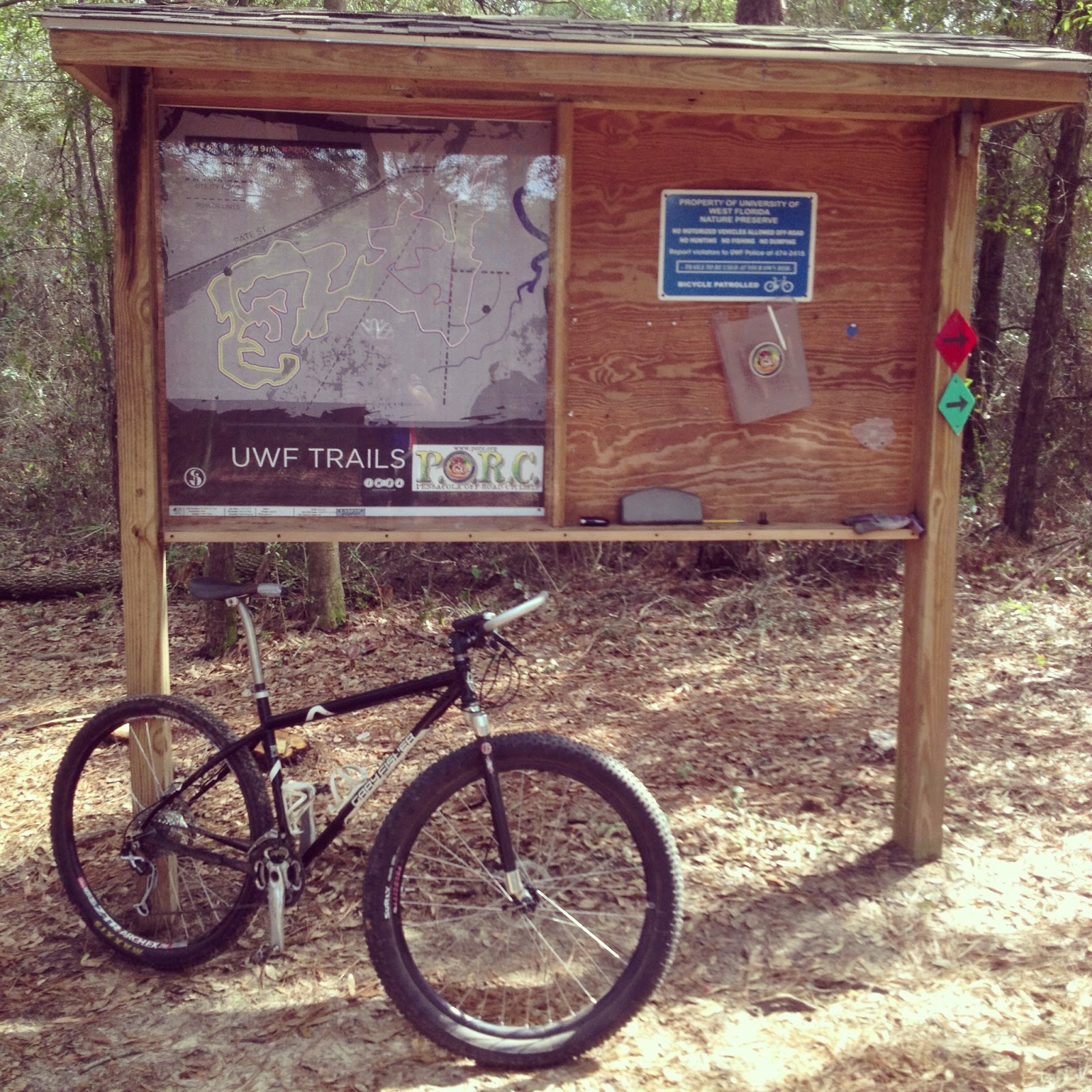 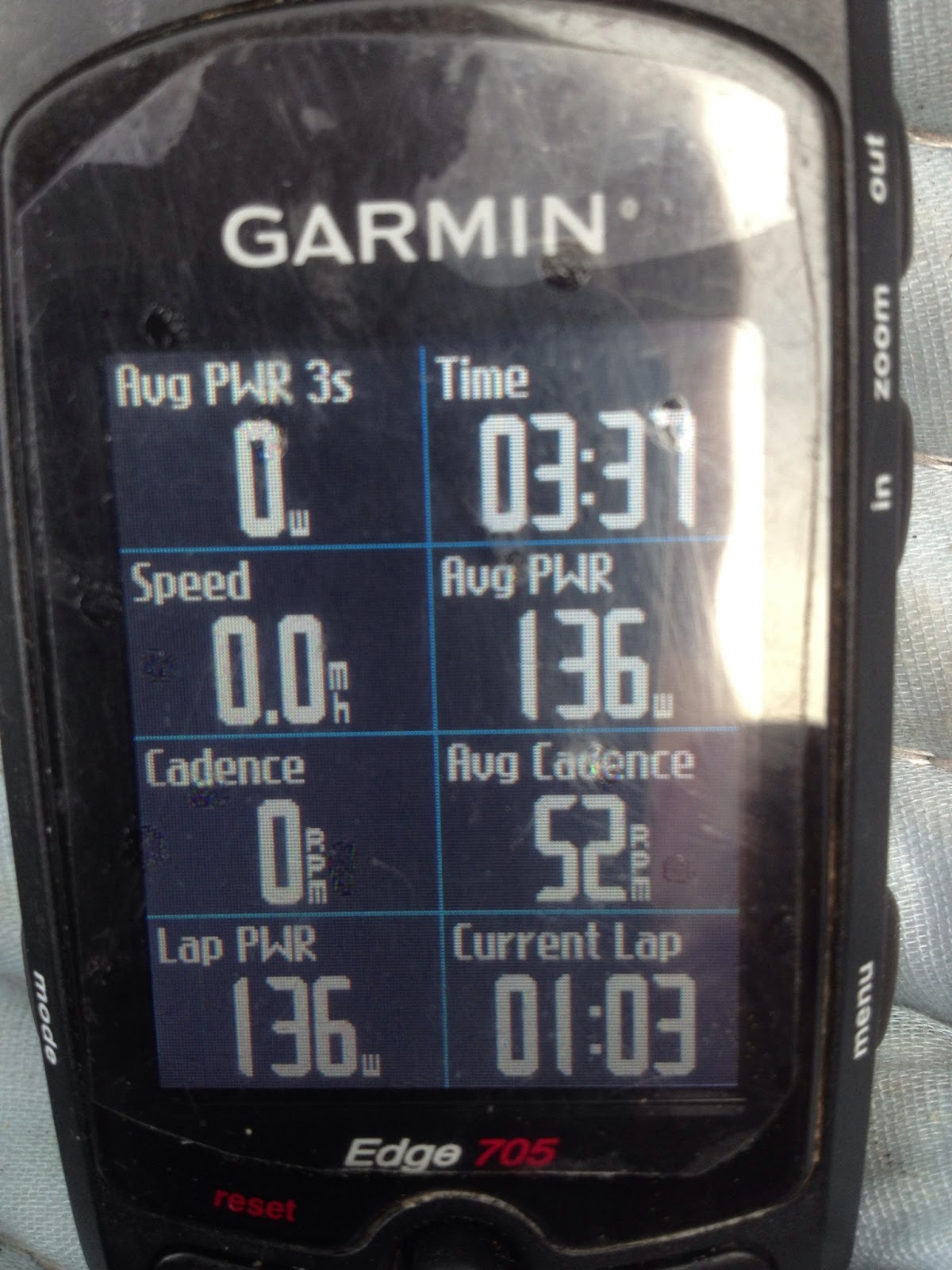 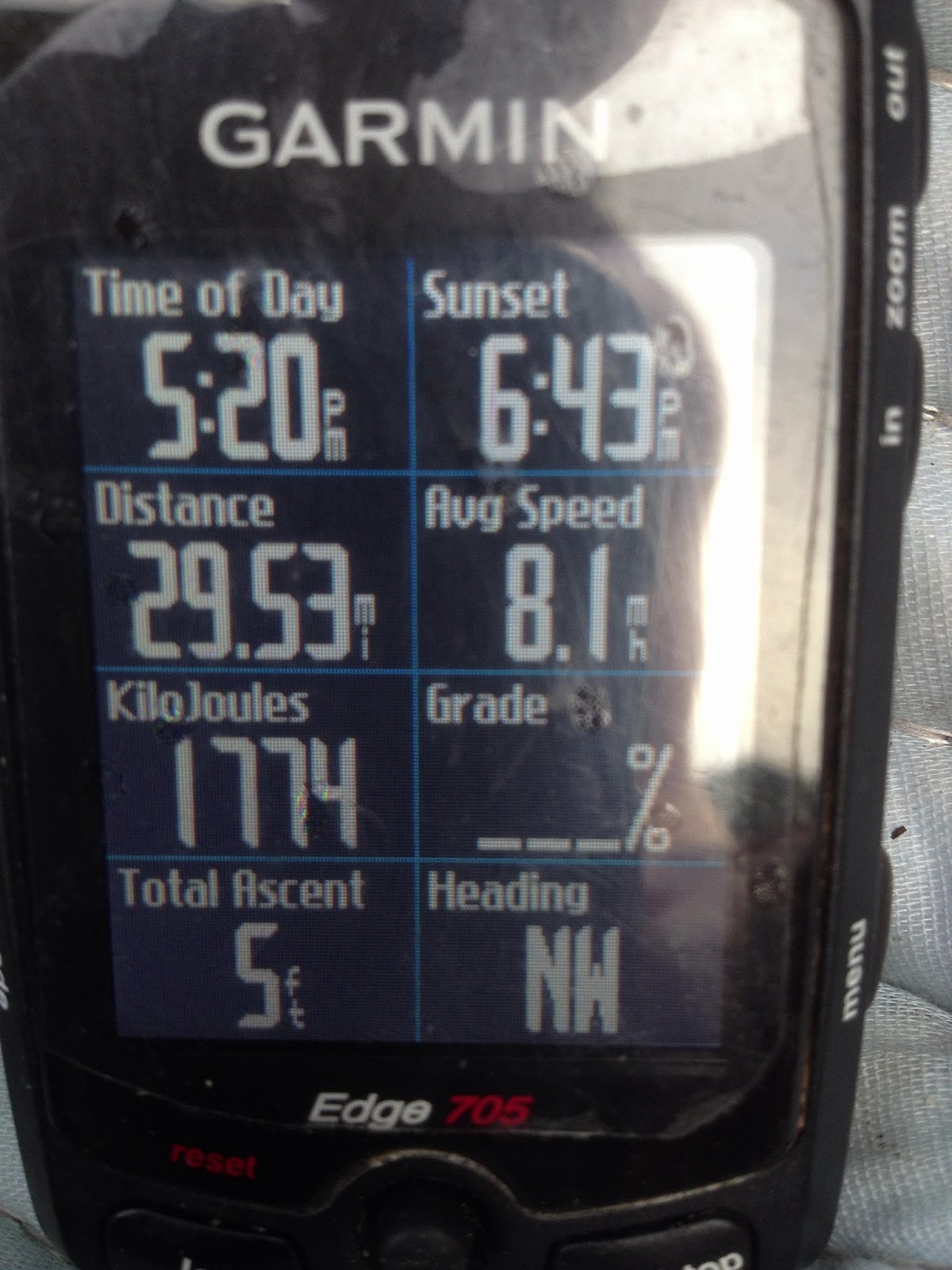 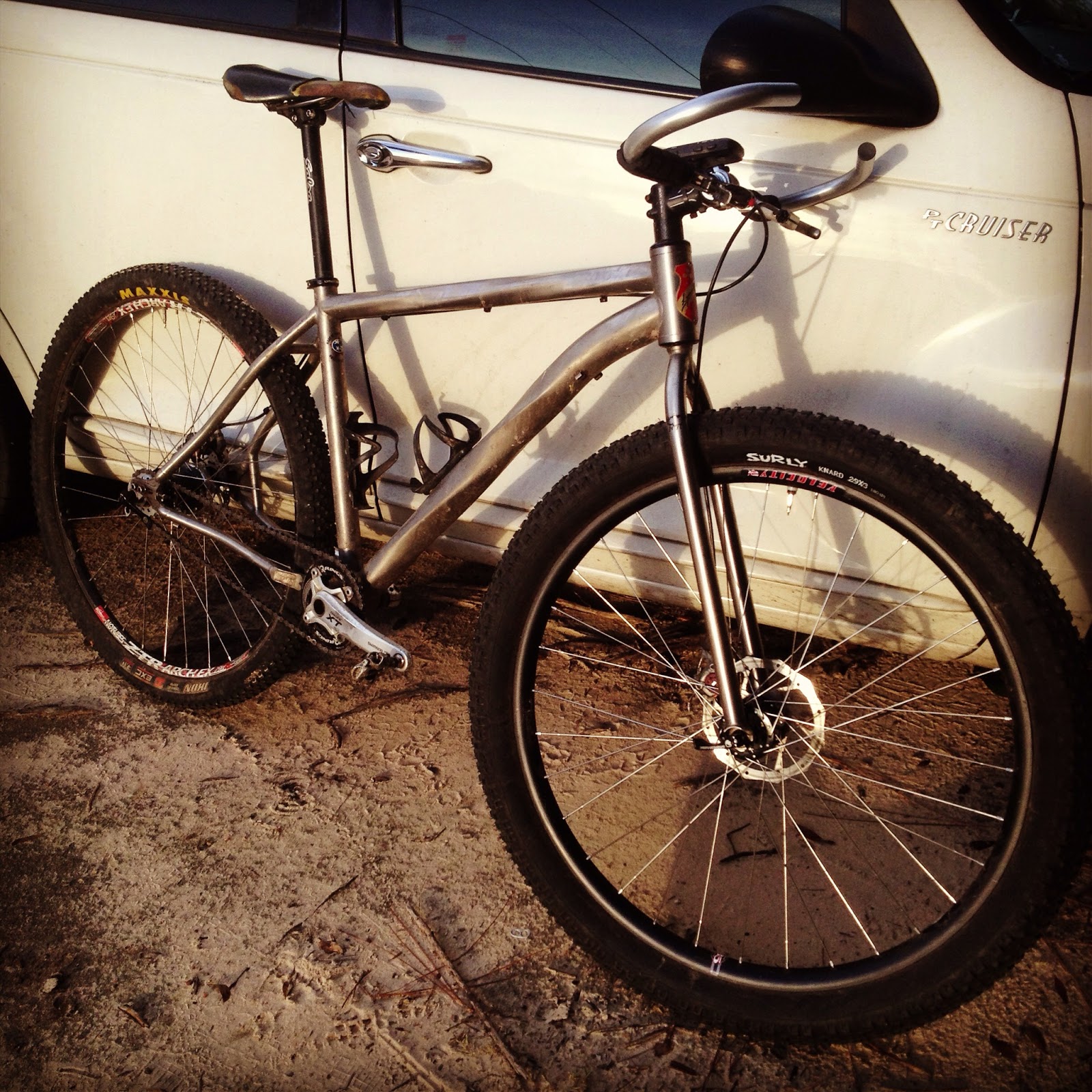 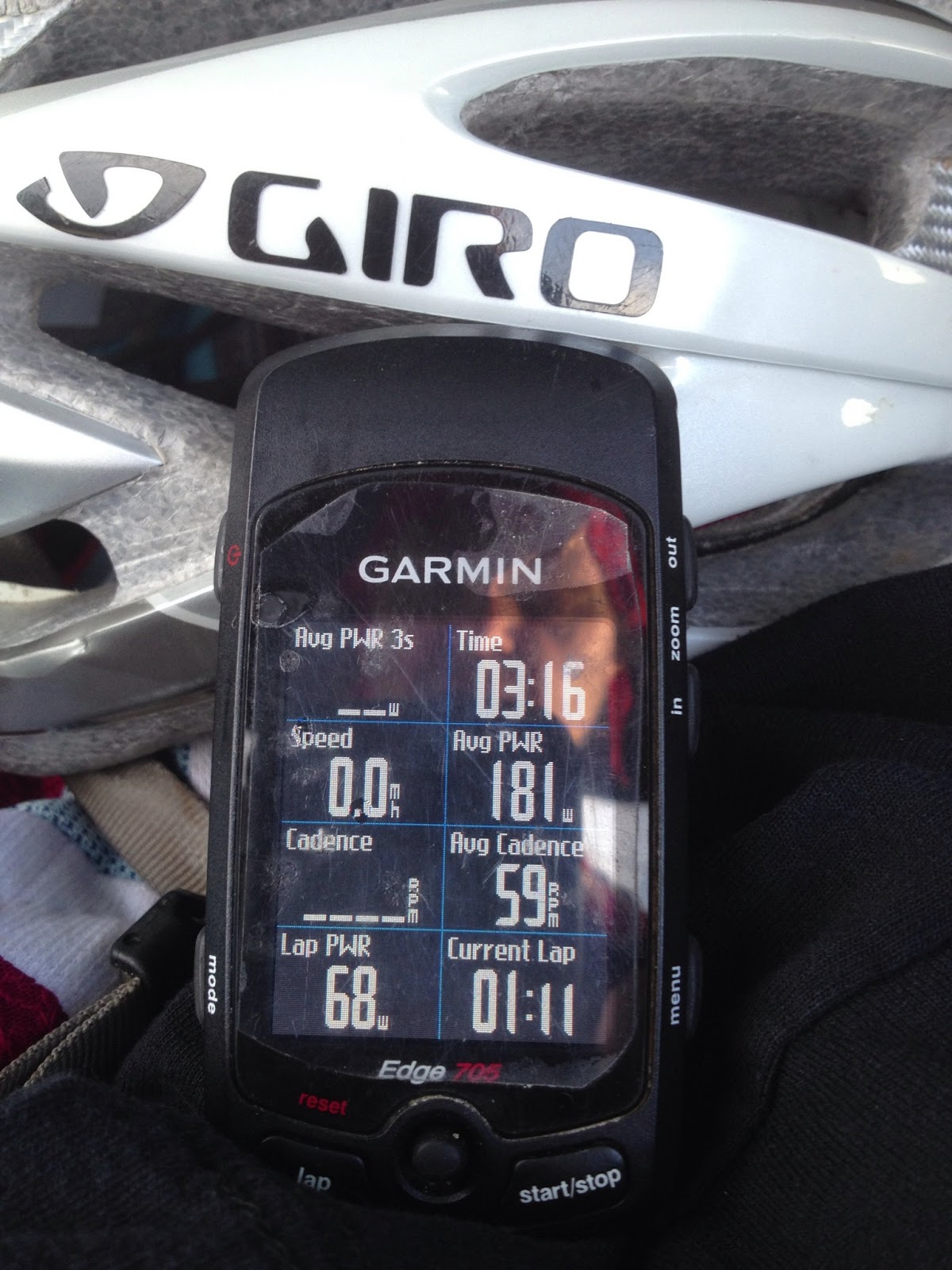 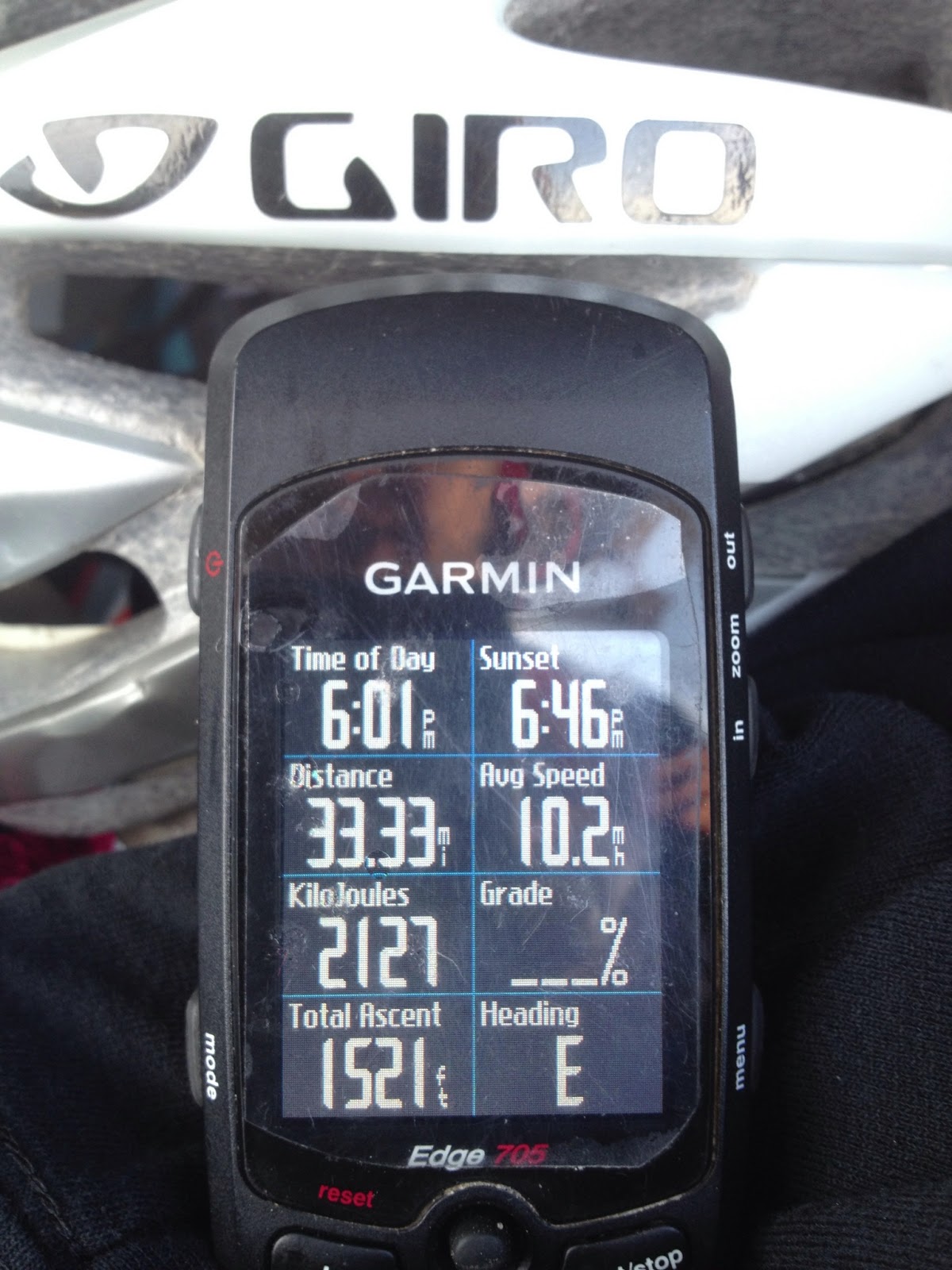