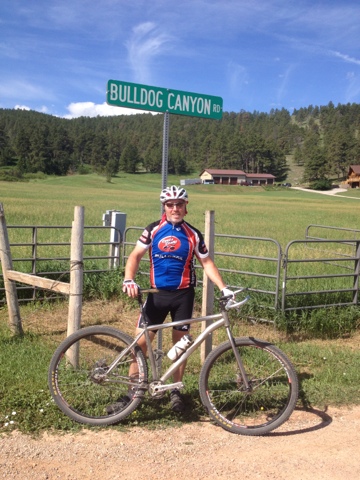 Posted by Unknown at 6:23 PM No comments:

I was going to say and that ain't no bull, but I am sure that cliche is as tired as I will be after the race in Saturday. 5 am start. Anybody that knows me knows that I am not a morning person.

There was one big happy coincidence. We cut our stay short at Wilson Lake, near Sylvan Grove Kansas, because it was forecast to be 100 degrees or more, most of the week. "So why not extend our stay near Mount Rushmore". That way we could do more site seeing and there has to be good riding in the area as well.

Well, one of my Bulldog teammates Ryan just happened to be coming out to do a 100 mile race that weekend. I managed to get a late entry.

Of course I was running low on my favorite calorie and electrolyte source Powerbar Perform.

Ryan had left before I could wrangle him into stopping by Cycle Craft to get me some more.
So Gatorade and rest stop fare will have to do!

The Mickleson is what concerns me. It is 10 - 20 miles of barley up hill. It makes gear choice tough. High enough to rock this section and I may be walking a lot more of the other climbs. Hmmm

Here is the course profile;

Posted by Unknown at 9:05 PM No comments: 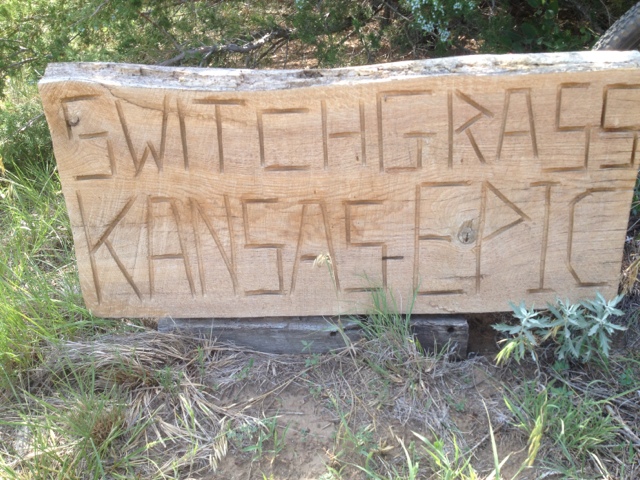 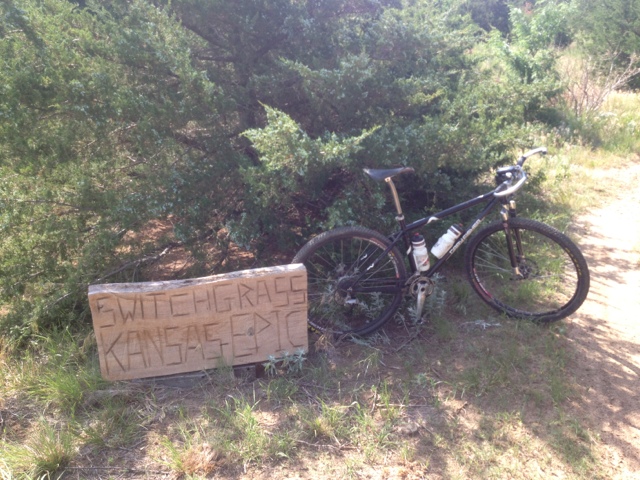 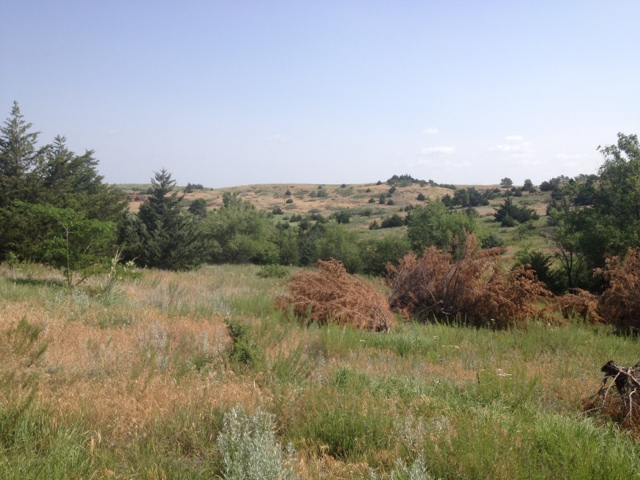 Eureka Springs Arkansas,
While not on the IMBA epic list, it is a very fun place to ride.  I rode it just after a Xterra. We had rain in the AM but it was very dry in the late afternoon. about a week later I was not so lucky. It was very slick and it was like Jersey in August. Sweaty rocks and roots.  Punctured a tire and Stans would not seal it. That is what I get for crackin' wise, when the guy that did support for the Xterra said there were a lot of tire slices during the event. When these rocks are wet they are like ice and extra sharp!
I fared better on Monday. With rain moving into Hobs, a trail system about 45 minutes from home base, and supposedly not at Leatherwood, I decided to ride there again. I had been getting chain suck and my chain was somewhere between .75 and 1 on the old Park chain gauge. I put on a new chain. All seemed fine on that first ride, but Saturdays ride was nearly intolerable, big and middle would skip under high load, usually I can where these in, but this time I just wore them out!. Back at home base I had a 33t  E13 gear that was not round enough for the SS in my spare parts, so I took the opportunity to experiment with a 1x9. I changed the crank as well and the granny was not compatible with Hollowtech. Except for the fact that I did not lock out the front derailleur and should have checked the low limit on the rear derailleur, the drive train now functioned properly, barring human error.

I now knew the area well enough to get a warm up in, instead of going straight into a climb! But it did start to rain on me. But I new to respect these rocks when wet! I had two local GPS files loaded in my Garmin. I did not start out using any this time around, but I saw the sigh to Eureka Springs via trial, I had to pull up the file for what a couple locals call the Rowdy Beaver Epic. No doubt named after one of the fine establishments just down the road from home base! There are lots of trails here that you would never see. Hell I had trouble finding them with a GPS, even when backtracking sometimes. I managed a good deal of the Rowdy Beaver, but turned away from some cool looking switchbacks, due to a no trespassing sign. I got poured on first in Eureka Springs and had to skip a couple trails, due to previous shenanigans, and got rained on again as I got back to the car at Lake Leatherwood.
Posted by Unknown at 5:35 PM No comments:

Almost a week since my last ride and boy did this fit the bill. Decent climbing, twisty single track a fair serving of rocks, made for a excellent ride in low humidity, despite passing rain the previous twelve hours. Very little mud. I was following a GPS file and missed and could not tell which purple line to follow sometimes, so I did a 4 mile section twice :-) The trails are really packed in there and turn in on themselves, but you hardly ever see the other trails, only their purple line.
Posted by Unknown at 7:54 PM No comments:

They have a time trial series at Munson, here in Tallahassee Florida. I sort of had my own.  The guys and gals get together and kind of roll out in two groups. I uploaded my preride Strava file to get an idea where I stood. I went out with the first group.

Important note, most folks ride the loop counter clockwise.  It is a two way trail and the there is an arrow that points in the clockwise direction. The loop definitely flows better counterclockwise.

The surface is undergoing a change from it's natural sand (very deep at times) to imported clay. The clay, for the most part, has been formed and shaped into berms and some bump/jumps.

The clay is much debated locally. Some say the sand was too tough for many folks. Some say the clay makes it too easy. All say that it makes it faster. The clay does open it up to more casual riders, I even saw some hybrids on the trail.  The nearby Twilight trail is still in it's natural sand state for the purist. I only got a brief glance of Twilight after a wrong turn on my first CLOCKWISE lap of Munson.